Flood Types That Cause Water Damage In Savannah GA 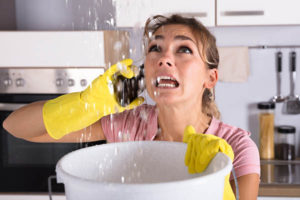 Flooding is a hazard the United States suffers from coast to coast. Unfortunately, Georgia is one of the top 10 states most susceptible.  With nearly 130 square miles of low-lying land, and with some areas of the state being coastal, hundreds of thousands of individuals are vulnerable to severe water damage. With Savannah so close to the beach, our city is a particularly threatened area of Georgia. Additionally, Savannah can flood around 10 times a year, a number higher than merely 40 years ago. From the professionals at Harper Special Services, here are four flood types this beloved town has the potential to experience and the water damage it can cause:

A flash flood is a rapid and extreme flow of high water into a normally dry area, or a rapid water level rise in a stream or creek above a predetermined flood level.  The difference between a flash flood and a “regular” flood is how quickly it occurs, within six hours of initial rainfall.  The water damage caused by flash flooding can be serious and swift.  Water levels can rise to such great depths as to uproot trees, semi-trucks, and even houses, and sweep them away.

Multiple industrial-sized dams and levees lay on the Savannah River, which, if broken or burst, could release millions of gallons of water into the river.  With the river overwhelmed, water can quickly surge onto low-lying land and destroy building foundations, seep into roads, and run into your home.  However, even small-scale dams, such as dams for ponds or other small bodies of water in residential areas, can break and cause unprecedented damage.